A word from Natasha 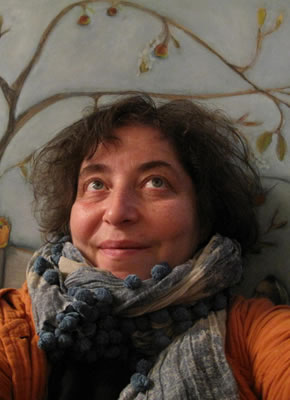 Myself, I wasn’t a big fan of the genre until only couple of years ago, when I discovered Russian writer, Sergey Lukyanenko. My favorite kind, however, is not about different galaxies, with their good or evil extraterrestrials, but about all kinds of parallel worlds…

Working on the program for our 2014-2015 season, while listening to the musical masterpieces of different periods, I started to think … what if the world’s history is not a linear phenomenon, but a horizontal one? … all époques of past, present and future existing simultaneously? …. How else can we explain that the truly great music of the past is as relevant today as when it was first composed, say, in 1714, 1880 or 1917?

Last season we invited you to accompany us as we travelled to distant parts of the world. Now, for our fourth season, we invite you to time travel with us, using your seat at Salle Claude-Champagne as a portal!

Our voyage begins in the year 1721, with Bach’s Brandenburg concerto, and will conclude in 2015, with Airat Ichmouratov’s new opera: À propos de la neige fondante.

You won’t need to bring much with you … perhaps just an umbrella, as we’ll be staying through all 4 seasons in Piazzolla’s Buenos Aires, and surely some good dancing shoes could be of use, as we’ll be hopping through early 20th century Europe to the tunes of Armenian, Greek and Romanian dances; a pair of mittens and a good wool scarf are a must, seeing that the end of 19th century Russia in March could be rather cold; and of course don’t forget your sunglasses for Spain!

We are really looking forward to the pleasure of your company for this 294 year-long voyage!

But before we start, PLEASE don’t forget to buckle up!

A word from Natasha