[two_third_column]Due to events out of its control, the Nouvelle Génération Chamber Orchestra has been forced to postpone their upcoming concert, Violonchelo Español, on January 18, 2014. All those involved with the Orchestra wish to extend their most sincere apologies to those affected by this postponement.

Nevertheless, you will not lose the opportunity to see this exciting concert. Violonchelo Español has been rescheduled for November 8, 2014 at Salle Claude-Champagne, and will serve as the opening concert of the Orchestra’s next season. Any ticket holders who have already purchased tickets for January 18 or who are 2013-2014 season ticket holders may retain their current tickets and present them the evening of November 8 for guaranteed admittance.

Should you be unavailable to attend the concert on its rescheduled date, please do not hesitate to contact the Orchestra’s head office at (514) 587-2477. 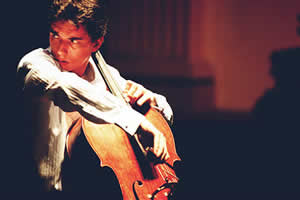